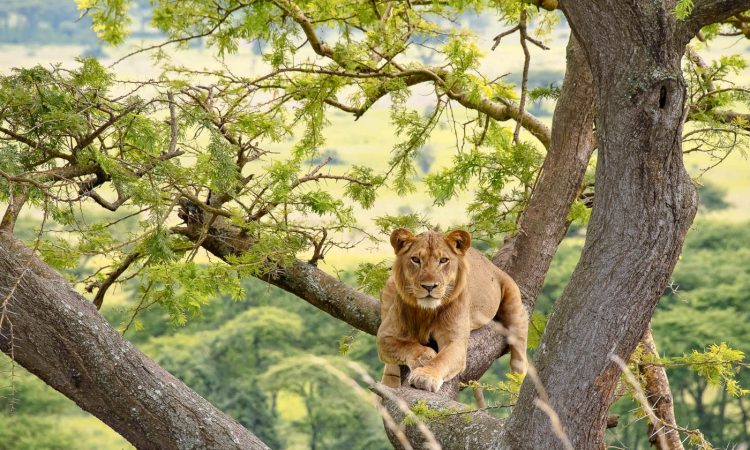 Things to do in Queen Elizabeth national park

Things to do in Queen Elizabeth national park; Queen Elizabeth national park is the second largest and one of the oldest national park located in western part of Uganda in four districts that’s is Kasese, Kamwenge, Rukungiri and Rubirizi. The national park covers a total area of 1,978 square kilometers which is comprised of savannah grassland, acacia woodland, forest grassland and swamp vegetation which act as habitat for different wildlife species. the park is a home of 95 mammal species including the big four of the big five mammals which are the elephants, buffaloes, lion, leopards, other animals like Uganda kobs, waterbucks, hippos, warthogs, primates like chimpanzees, black and white colobus monkeys, baboons and over 600 bird species.

Things to do in Queen Elizabeth national park

Game drive is the most popular activity in Queen Elizabeth national park where visitors get an opportunity to explore the savannah plains in a comfortable safari vehicle. Game drives are either carried out early in the morning or in the afternoon with a professional driver guide who is well conversant with different game tracks. During the game drive in Queen Elizabeth national park, you will follow game tracks in Kasenyi plains, Mweya peninsula and Ishasha sector where you will be able to view animals like the tree climbing lions, buffaloes, elephants, Uganda kobs, bushbucks, waterbucks, leopards, warthogs among others.

Queen Elizabeth national park also offers night game drives where you will be able to explore the park at night with spotlight torches for clear viewing of nocturnal animals. Night game drive in the park is only done in Mweya peninsula and it gives you a chance to view nocturnal animals like leopards, lions, civet, genal cats, bush babies, serval cats, view hippos feeding among others.

Boat cruise is an interesting activity in the park that is done on Kazinga channel a 40 km long channel that connects Lake Edward in the west and Lake George in the East. Boat cruise on Kazinga channel is done in two session for example the morning session what starts at around 9:00am or the afternoon session which starts at around 2:00pm. During the boat cruise which takes about 2 to 3 hours, you will be able to view large herds of hippos and Nile crocodiles in water, view animals like buffaloes, warthogs, elephants, waterbucks among others drinking water along the shores, view water bird species like hornbills, cormorants, herons, egrets, bee-eaters, flamingos, kingfishers, pelicans, fish eagles, plovers among others.

Chimpanzee trekking is an adventurous and the second best done activity in the park. Chimpanzee trekking is done in Kyambura gorge also known as the valley of apes located in the eastern part of the park. Trekking of chimpanzees in Kyambura gorge starts early in the morning with a briefing at the headquarters where after you will start trekking in the forest in search of the habituated chimpanzees. During trekking which takes about 30 minutes to 4 hours, you will be able to view other primate species like red tailed monkeys, vervet monkeys, view bird species, tree and plant species among others. Once the chimpanzees are found you will be allowed to spend one hour with them in their natural habitat which helps you to learn more about their habits, lifestyle, watch them feed, breastfeed, play, hunt, fight, rest, take photos and record videos.

Nature walk is an exciting activity in the park where visitors are allowed to move out of the comfortable safari vehicle and explore the park on foot with the company of a park guide and an armed park ranger to protect you from dangerous animals. Nature walks in the park are commonly done in Maramagambo forest, Mweya peninsula, Ishasha River among others. During the guided nature walk you will get up-close and personal with different wildlife species including Uganda kobs, elephants, hippos, view chimpanzees like black and white colobus monkeys, chimpanzees, red tailed monkeys, bush babies, view variety of bird species, relax your mind and enjoy the cool breeze.

Queen Elizabeth national park can be visited all year round though the best time is during the dry a season in the months of June, July, August, September, December, January and February. During the dry season there is little or less rainfall in the park therefore animals will gather around the water bodies which gives you a chance to view abundant wildlife species, access roads and nature walk and hiking trails will be passable.

The park can also be visited in the wet season during the months of March to May and November because that’s the best period for bird watching where bird lovers will be able to view migratory bird species from Europe.

Where to stay during your safari in Queen Elizabeth national park

How to get to Queen Elizabeth national park

Queen Elizabeth national park can also be accessed by air transport means where by you will book scheduled or charter flights with Aerolink Uganda limited from Entebbe international airport or Kajjansi airfield to Mweya or Kasese airstrips.  Domestic flights to the park can be booked by your tour operator.

Queen Elizabeth national park offers interesting activities which makes it a must visit destination in Uganda and can also be combined with chimpanzee trekking or chimpanzee habituation experience in Kibale forest national park. For more information and safari bookings do not hesitate to contact us at Achieve Global Safaris.